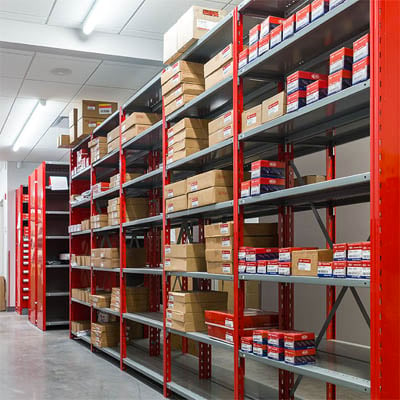 Established by brothers Irving and Ben Levitt in 1950 on St. Antoine Street in downtown Montreal, Metalware is the oldest shelving manufacturer in Canada.

Not long after its inception, Metalware received its first patent in 1954, and became the first company to market bolt-less shelving.

In time, Metalware’s signature product – the No-Bolt Interlok Shelving system – became widely used in a variety of sectors, including:

Today, after over six decades of continuous growth, Metalware makes its home in a forty thousand square foot complex which houses its dedicated employees. Having achieved distribution throughout both Canada and the United States, and having reached overseas markets, Metalware continues to direct its attention to pursuing advancements in the shelving industry.