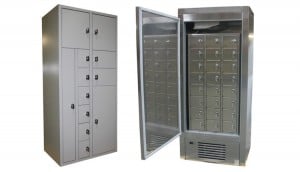 In the criminal justice system, the people are represented by two separate yet equally important groups: the police, who investigate crime; and the district attorneys, who prosecute the offenders. These are their stories.

It doesn’t take a weekend of binge-watching crime dramas on Netflix to realize that the nature of police work and crime prosecution has changed over the years. In the 1970’s evidence from a murder investigation would barely fill up a bankers box. By the mid-1980’s DNA profiling began to be used, and from there, what can be considered and used as evidence has taken off. With the advances in investigative techniques, anything from a car bumper or tire marks to substances like blood, DNA and gunshot residue can be used as evidence. Court cases rest on the proper handling of these items every day.

In recent years, over twenty states have passed laws mandating that evidence in a criminal investigation be kept for longer periods of time. And despite the increased need for evidence storage space, public safety buildings stay about the same size. It’s no wonder that law enforcement storage is such a hot topic.

Let’s investigate some law enforcement and public safety storage challenges further and try to wrap up the case by the last set of commercials.

You can’t have a discussion of evidence without talking about Chain of Custody. For a proper investigation and prosecution, being able to track and secure evidence is critical to a successful judgment. If evidence isn’t traceable or gets damaged or lost, it can become compromised, and compromised evidence can lead to dropped cases and lost jobs. Evidence Lockers play a fundamental role in protecting the Chain of Custody and come in two styles – pass thru and non-pass thru. They offer temporary evidence storage and easy transfer from the reports room to the evidence and property storage room. We provide several lockers that are specially designed for evidence storage.

• Protect Chain of Custody – Pass-thru lockers can limit the number of places the evidence must travel in the time between collection and arrival in the evidence room.

• Save Time – Evidence lockers provide after-hours access so evidence can be dropped off at any time of day or night. Officers don’t have to wait for a technician to check-in the evidence or a security officer to open a locker.

• Store a Variety of Evidence Types – Evidence doesn’t come in just one size or shape (just consider small items like a hair sample or jewelry to large items like a shotgun or a motorcycle helmet). For that reason, evidence storage lockers come in a wide variety of sizes, and can be configured to match your station’s needs. Refrigerated cabinet inserts are also available to store biological evidence.

Lack of Space and Much to Store:

As mentioned earlier, storage needs increase but many buildings stay the same size, so law enforcement agencies often encounter a space crunch. And keep in mind that public safety storage needs won’t end in the evidence room. Property, gear, weapons, records, uniforms, arrest warrants all need to be stored and managed. Fortunately, there are several ways to recapture some of that valuable floor space, and here are a few of the best:

• High Density Shelving – By eliminating the need for multiple aisles, high density shelving units save up to 50% of the floor space used by traditional storage shelving. And depending on what needs to be stored, a variety of shelving types can be used on mobile carriages.

• Vertical Lifts and Carousels – Law enforcement agencies rely on vertical lifts and carousels for several storage applications including warrants, records, weapons, and evidence. Not only do these units save space, but they are also fully enclosed and lockable so the contents remain secure inside. Software can control and track inventory and coupled with electronic controls it can eliminate unauthorized access to the unit’s contents. For a more in-depth look at Rotomat vertical carousels, check out this blog post.

Well, it wouldn’t be a good crime drama if it didn’t end in a cliffhanger. Stay tuned for

Part 2 of Making the Case for Law Enforcement Storage coming up soon…. 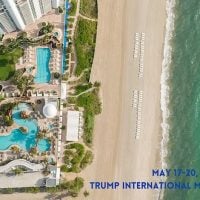 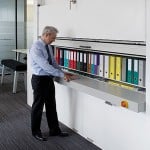 As a member of the ISDA Network, you will get exclusive access to product spotlights, case studies and much more. Sign up for our e-newsletter today!